The LackRack is of course the most famous datacenter solution from Ikea. But more of their shiny furniture is capable of storing 19" datacenter equipment. This is a list.

First occurrence on eth0:2010 Winterlan, the LackRack is the ultimate, low-cost, high shininess solution for your modular datacenter-in-the-living-room. Featuring the LACK (side table) from Ikea, the LackRack is an easy-to-implement, exact-fit datacenter building block. It's a little known fact that we have seen Google engineers tinker with Lack tables since way back in 2009.

The LackRack will certainly make its appearance again this summer at eth0:2010 Summer. 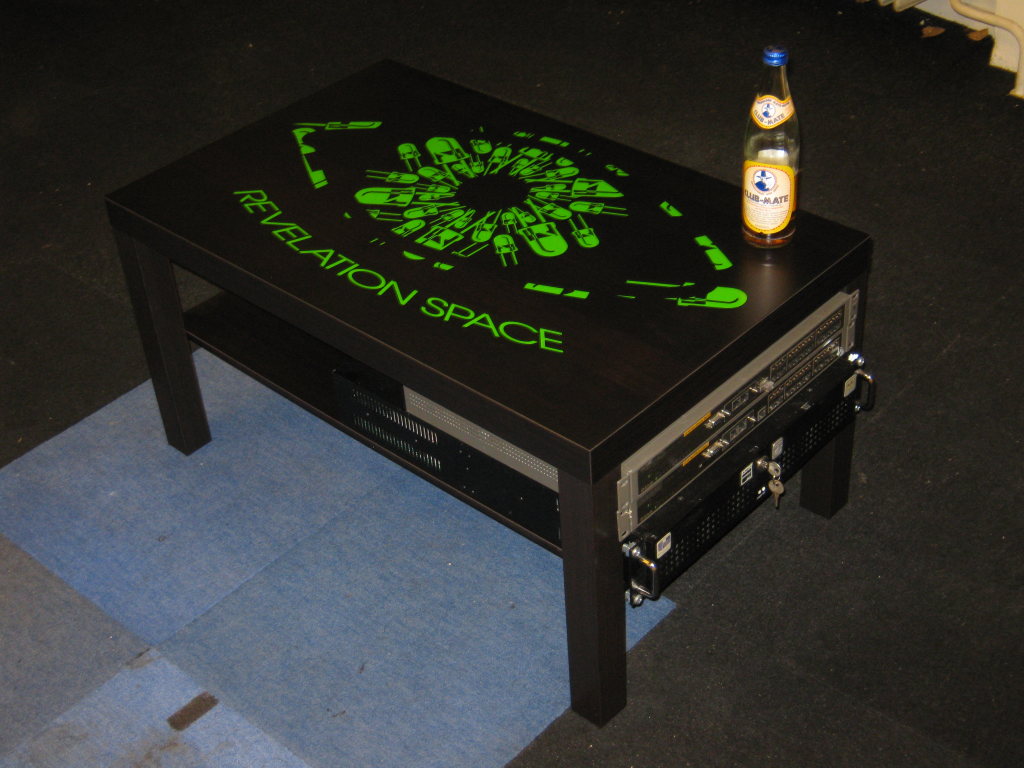 Ikea LACK coffee table: almost twice as deep, and comes with a shelf. Its size allows both short ends to be used as rack space simultaneously. It's interesting to note that Ikea photographed it from the side; an uncommon artistic approach to 19" server rack photography. It provides for 8 U of hardware: 4 on either side of the shelf.

Following ICT tradition, the Enterprise Edition is more than three times as expensive, while providing less stability than two of the regular products combined. 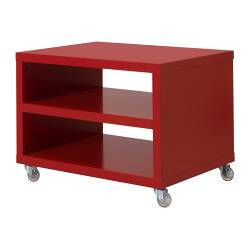 Given the circumstances some people live in, having a LackRack near your comfy couch just doesn't cut it. For all those who would rather have the possibility to install 19" equipment next to their bed, IKEA has the solution: ODDA. This easily-movable night table apparently has 19" measurements as well. This has not been confirmed yet, however, rumor has it that this might be the new type of a portable rack we have seen earlier, with its first occurrence at revspace (Picture at Twitpic). The ODDA, though, will certainly provide more stability, though have less capacity regarding the number of rack units. It is estimated that this product (costing about EUR 40 in The Netherlands) will roughly have 6 to 7U of rack space. 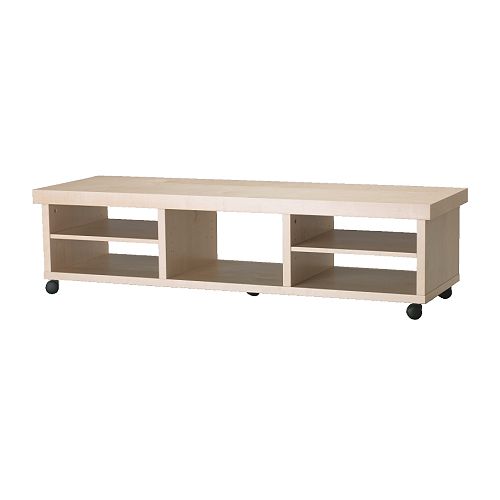 For the home-theater minded, IKEA offers the media rack solution. Capable of mounting three sets of 6U equipment on either the front or the back, there is ample space on top to place your television or stereo system. OPPLI is 40cm (17") deep and is provided with five wheels underneath the bottom for easy relocating of your equipment.