It will be a nice star network with a single uplink. There will be plenty of switchports available so no fighting! Good news, There will be WIFI!! \o/

A star topology has been chosen, since this creates a bit more robust field-to-core transport. Yes, a single core is a SPOF, but it's all we have. Below is the intended design: 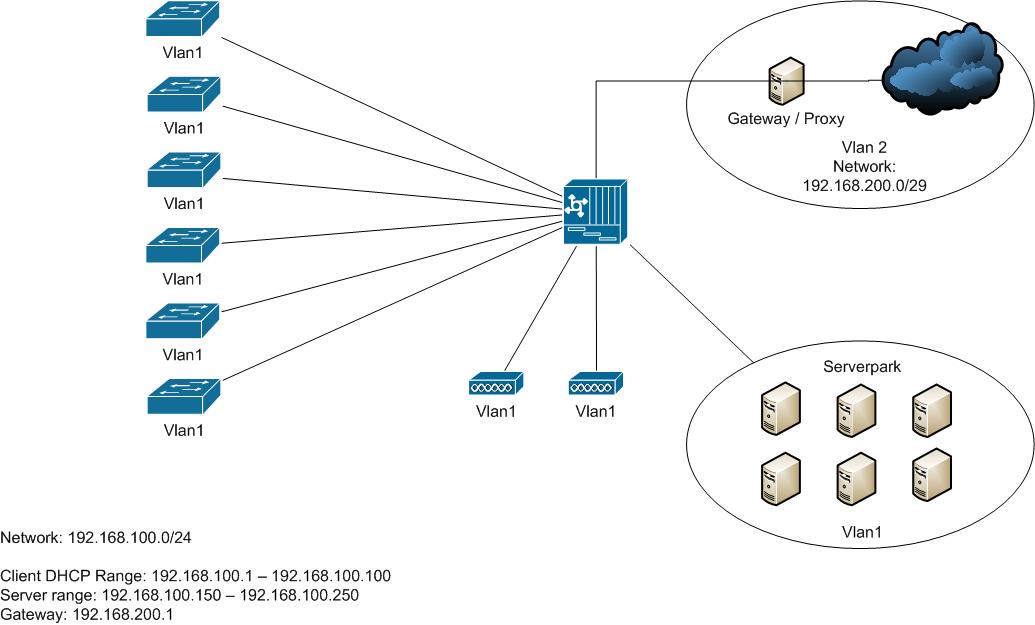 The actual topology is a mix between a ring and a mesh network. Because of the huge amount of hardware we had the opportunity to create such a network. Below is the beautiful design:

The available network ranges are picked out of the following IPv4 ranges:

The organisation will provide DHCP/DNS services, together with rate-limited and firewalled low-bandwith internet. IPv4 will be automatically provisioned if you let your machine do autoconfiguration. There will also be multiple file / gaming serves on the network, of which a list is provided below:

No hacking of other systems is allowed on this event. If you're caught you'll be subjected to the dutch laws and we'll be glad to hand you over to local authorities.

Wireless is available under the "eth0" ESSID, the wireless network is bridged to the campsite LAN, so you can follow the normal connection procedure.